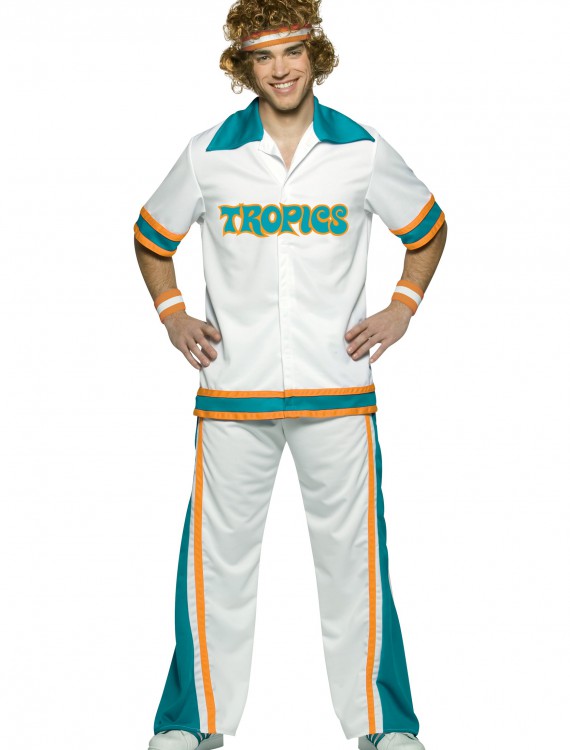 Get ready to be the Flint Tropics greatest owner, coach and player ever in this Plus Size Jackie Moon Warm Up Suit. You’ll be all set to shoot some hoops and run away from bears!

Let’s get Tropical!In Flint, Michigan there is what can be considered the greatest basketball teams ever, depending on who ask. The person who stated this as a fact would be none other than the Tropics owner, head coach, and star player Jackie Moon. He has always been a fan of his own team and always makes sure that he puts on a show for his fans. Now this has some times included interesting stunts like wrestling a bear. Give yourself a chance to train with the Tropics in this warm up costume!